Over the past 12 months, companies have announced massive investments in the Flemish chemical industry. 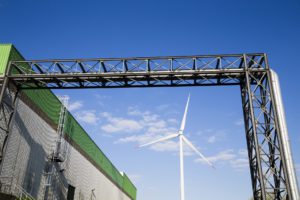 Over a period of less then twelve months, a range of companies has announced a series of massive investments in their Flemish sites. Borealis is building a brand-new billion-euro propylene plant, Covestro is investing 300 million euro in an aniline production facility, BASF is pumping 500 million euro in a new production complex for ethylene oxide and derivatives, while INEOS is spending a whopping 3 billion euro on a new propane dehydrogenisation plant and ethane cracker. This investment by INEOS represents the single largest investment in the European chemical industry in two decades.

On top of that, other chemical companies like Evonik, Nippon Shokubai, Standic and Air Liquide also signalled multi-million euro investments in their Flemish sites. These combined investments will create hundreds of jobs across Flanders and reinforce the Port of Antwerp’s role as Europe’s leading chemical cluster.

Find out more about the chemical and plastics industry in Flanders at:
https://www.flandersinvestmentandtrade.com/invest/en/sectors/chemicals

END_OF_DOCUMENT_TOKEN_TO_BE_REPLACED

Join the Multi2Recycle Advisory Board

END_OF_DOCUMENT_TOKEN_TO_BE_REPLACED

END_OF_DOCUMENT_TOKEN_TO_BE_REPLACED
By continuing to browse the site you are agreeing to our use of cookies.